LOS ANGELES (July 6) – With an improving economy and job market over the past year, home buyers have started forming households again, and buyers who previously experienced a foreclosure or short sale are back in the housing market, according to the CALIFORNIA ASSOCIATION OF REALTORS®’ (C.A.R.) “2015 Survey of California Home Buyers.”

With distressed sales at record lows, California is returning to a more normal housing market, with those who previously went through a foreclosure or short sale returning to the market and purchasing homes again. More than one in five home buyers (22 percent) experienced a distressed sale, most of which occurred after 2007. A further indication of this return to normalcy is reflected in the share of buyers who were previously “underwater” on their homes, which increased to 23 percent in 2015, up from 4 percent in 2014. 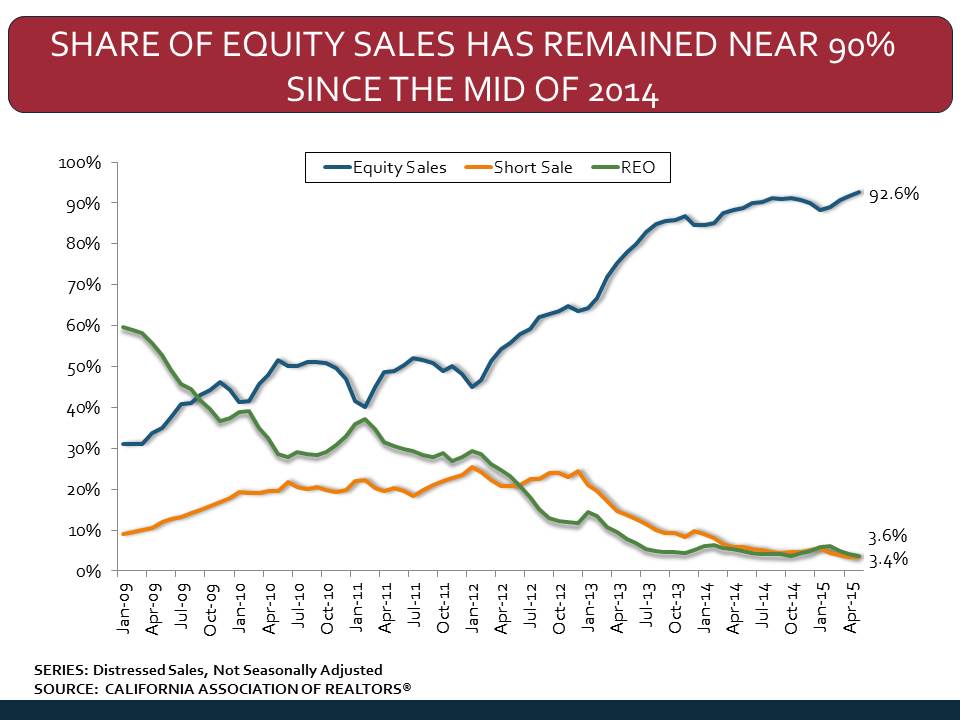 Additional findings from C.A.R.’s “2015 Survey of California Home Buyers” include:

• In what could further exacerbate a future housing inventory shortage, buyers in 2015 indicated they plan to keep their home longer than ever – an average of 20 years – substantially longer than the six years cited by home buyers in 2013.

Thank you for contacting us, we'll get back to you shortly.

Sorry, we are unable to send your message at the moment. Please try again later.